After the thrill of building our cheese house, adding a cheese cave was another exciting journey. We had been aging some of our unwaxed Farmhouse cheese at The Major's farm in Putney at the urging of Beth Carlson, their affineur, who loved the cheese. Using the same recipe, we were able to create two delicious and very different cheeses. Our friend, Tom Vanacore an artist who works in stone and cement offered to build us a cave on a small south facing hill between our barn and cave The hillside was cleaned out Then the cement trucks came.  First the floor was poured.  Then the walls went up Next came the ventilation pipes  To make the dome of the cave, wooden arches were made  Then the dome was poured The wooden forms were removed leaving a beautiful domed ceiling The walls were stuccoed  Then the beautiful door, created by John Baker was adde
2 comments
Read more 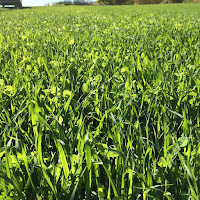 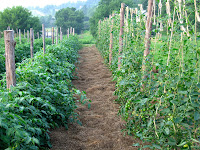 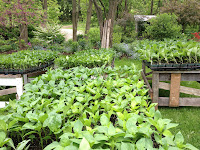 May, A Changeable Season