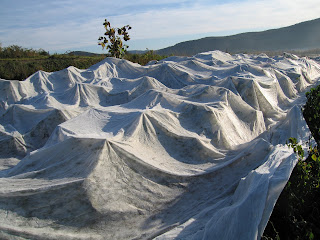 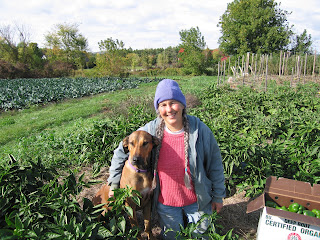 This week has been a week of getting ready for the frost... lots of picking the veggies that will die in the cold weather. Lots of peppers, both green and red... eggplants, the remainders of the tomatoes. Then we cover some of the peppers and eggplant with a large 30 X 100 foot piece of light fabric called remay. It gives the plants enough protection from light frosts to keep them from dying.
The veggies not affected by frost are leeks, lettuce, broccoli and carrots.
I'm on my way to the garden to do some picking,,, I'll add some more pictures later.